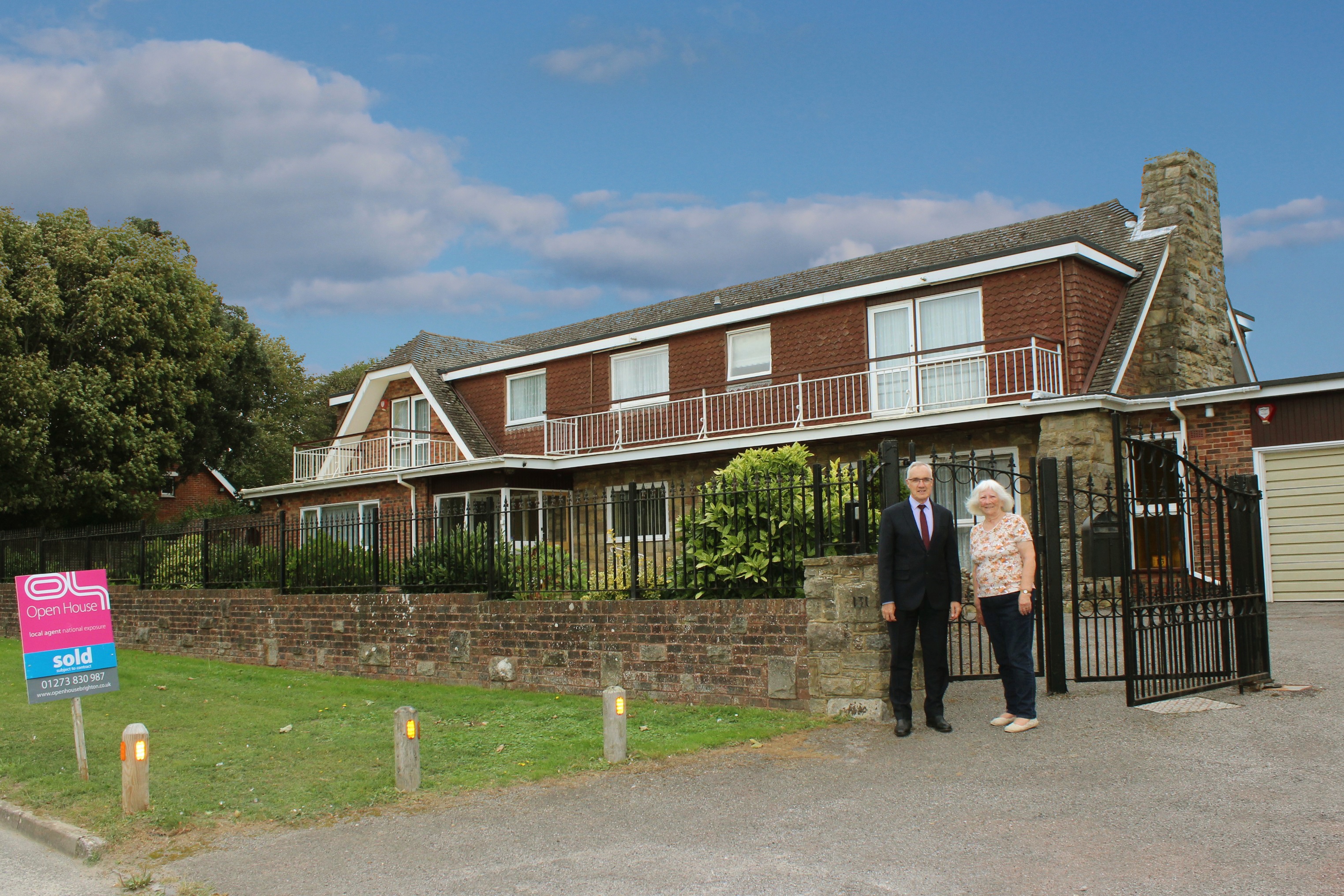 When your husband is known as the local family builder, you’d hope to have the best house in the village!

That’s certainly the case for Margaret Harkness, 81, who has moved from her property in Telscombe Cliffs after 47 years – and many happy memories.

Open House has arranged the sale of the six/seven bedroom property – believed to be the most valuable house ever sold in the area.

On the market at £895,000 and sold for an undisclosed price, it was the first time it had ever been offered for sale – having been built by Fred Harkness’ building company in 1971.

It also includes a large display pool as Margaret’s husband was also the owner of Harkness Swimming Pools.

‘It served us very well over the years,’ she said, although originally they wanted to build two properties on the land.

‘We wanted to build a house each for us and my in-laws but we couldn’t get planning permission. So we ended up with two houses in one.’

This involves having two staircases and kitchens, two en-suite bedrooms as well as two further family bathrooms and a downstairs shower room plus a variety of flexible living accommodation, to suit their needs at the time.

The standard of the build was so high that the original fixtures and fittings are still in place – and very desirable for modern buyers.

‘As it was going to be our home we designed it exactly as we wanted it. Fred was also very good at what he did so the fittings and fixtures are still solid to this day,’ said Margaret.

She added that Open House has taken all the stress away in terms of ensuring a smooth move.

‘They have been absolutely fantastic,’ said Margaret. ‘It was a big decision to put the family home on the market and they have been so helpful.’

She made the decision to move as the property is now too big for just her and her American Cocker Spaniel, Barney.

‘I have two children, five grandchildren and five great grandchildren so they will miss the pool but it is time to move on. It has been a very happy house but I need something smaller.’

Mr Harkness owned J Harkness and Son Ltd, a family business, and also Harkness Swimming Pools until he retired at the age of 59. He built over 50 houses in the area, mainly in Peacehaven, starting with a small piece of land and a house in Arundel Road.

‘He progressed from there and word soon got around. The pool at our house was unusual as it was an amalgamation of more than one design and we used it for display purposes. It was something of a showpiece,’ added Margaret.

The sale completed on Sept 21 when she will be moving to the Worthing area, still by the sea so she can enjoy coastal walks with Barney.

‘I am really pleased with Open House and how Stuart and Neil have done so much work, being efficient and pleasant throughout the whole process. They have kept the chain going even though it has taken a while to get things sorted out. They did everything that needed to be done and kept me well informed. It has taken a while to get there, but I will be glad to get moved,’ Margaret concluded.